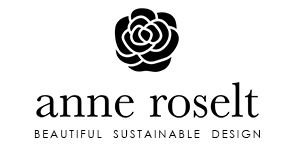 The charm and beauty of blue and white porcelain has captivated us for generations, but have you ever wondered which blue is used? Read on to find out more about this beautiful and fascinating colour and craft.

It all started when masterful Chinese potters produced a fine, translucent blue and white porcelain in Jingdezhen during the 13th century. It was a highly skilled and intricate process, made possible due to a local raw material called kaolin which was fired at extremely high temperatures.

In the 14th century, the import of cobalt from Persia meant beautiful blue designs could be hand-painted on the porcelain as cobalt could be fired to extremely high temperatures without blurring.

The stunning blue and white pieces became highly sought after by aristocrats and by the early 17th century it was extremely fashionable in Europe to own blue and white porcelain from China.

Just as exports were at their peak in the mid 17th century, rebellions in China damaged many kilns and in 1656-1684 the Qing dynasty government stopped trade by closing its ports.

With Chinese exports halted, other sources were needed to fill the demand for porcelain in Eurasia. Chinese pottery refugees introduced the fine porcelain techniques and enamel glazes in Arita, Japan and traders like The Dutch East India Company turned to Japan for porcelain to sell in Europe.

The Origins of Delft Porcelain

The demand for Chinese porcelain created an opportunity for European craftsmen as well and Delftware, also called Delft was created.

As the raw ingredient kaolin was not available in Europe, the Dutch made tin-glazed pottery which had a milky opacity that looked similar to porcelain, which was also hand-painted with cobalt blue designs.

Queen Mary 11 – who’s husband, William of Orange was Dutch, loved Delftware which made it fashionable in elite circles. The flower holder designs were a particular favourite of hers.

The less expensive Delft became one of the most important pottery producers in Europe between 1600 and 1800. It is believed potters created over 800 million tiles during this time. Today Delft blue and white designs have become truly iconic.

Dutch potters later bought the art to England where it was also made under the name Delft. In France the blue and white porcelain is called Faience (made in France) and majolica, made in Italy.

That’s a brief look at Cobalt, if you have any information you’d like to add please do. This subject is so huge and fascinating I found myself spending hours lost in the volumes of information there is on the subject.

Hope you have an inspirational week.

5 thoughts on “The Captivating Blue of Blue & White Porcelain.”